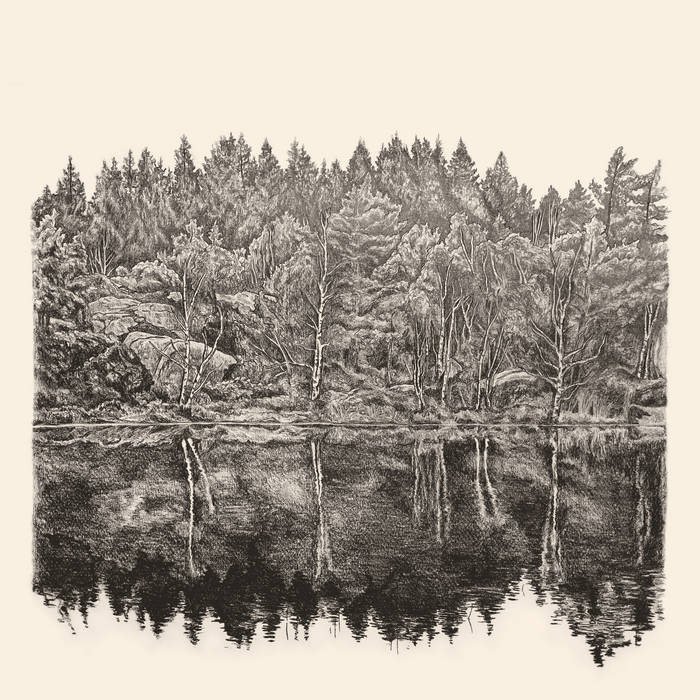 The Number Of The Yeast

Recorded over the course of three Autumn nights on the west coast of Sweden at the end of a tour in 2018, Fletcher Tucker’s "Unlit Trail" is a record of ritual, and an invitation to enter a ritual domain.

Composed in the wake of Tucker’s intricately arranged LP "Cold Spring", "Unlit Trail" decomposes and subsumes several songs and sonic elements from that previous work – offering them resurrection in a minimalistic and Plutonian habitat. An uncanny territory populated by trembling leaves, breathing organs, and the animate hooting, scraping, and buzzing of archaic flutes, tuned bowls, and droning strings.

“Unlit Trail” is a single, continuous, long-form piece, containing seven movements split over two record sides. Crafted initially for solo, multi-instrumental live performances, an atmosphere of intimacy and immediacy permeates these woodland cabin recordings. The album opens with the sound of branches burning in the hearth, and Tucker warming his hands to play. Rattling leaves signal the beginning of an earthen ceremony. Sustained organ notes unfurl, swell, and drift through the room – carrying us into a liminal state, beyond ordinary awareness, and onto the unlit trail.
_____________

SELECT PRESS:
“Seven tracks that move between breathless drones, dreary neo-folk prayers and adorations of the woodland and its seen and unseen dwellers... conjuring chillingly seductive atmospheres that most black metal bands could only wish for… simultaneously majestic and terrifying.” – THE WIRE

“[Fletcher Tucker’s] latest album of ritualistic sound is called Unlit Trail. Like the previous, Cold Spring, it’s a record that settles deep into the sacred nature of existence. It’s an lp designed to welcome the listener ‘into a liminal state, beyond ordinary awareness,’ and into the unknown.” – Aquarium Drunkard

“…while you could maybe picture Fletcher Tucker smearing on some kind of face paint in ritualistic fashion, it certainly wouldn't be reminiscent of 90s Norwegian corpse makeup. What Unlit Trail does share with those often associated with “darkness” is the emotional response to its surroundings and the contrasting nature of its ominous atmosphere that creates a place for those interested to partake in the ritual. One who's ritual lives in a nighttime forest, surrounded by nocturnal creatures and those patiently waiting for the morning sun.” – EXCHANGING MINDS